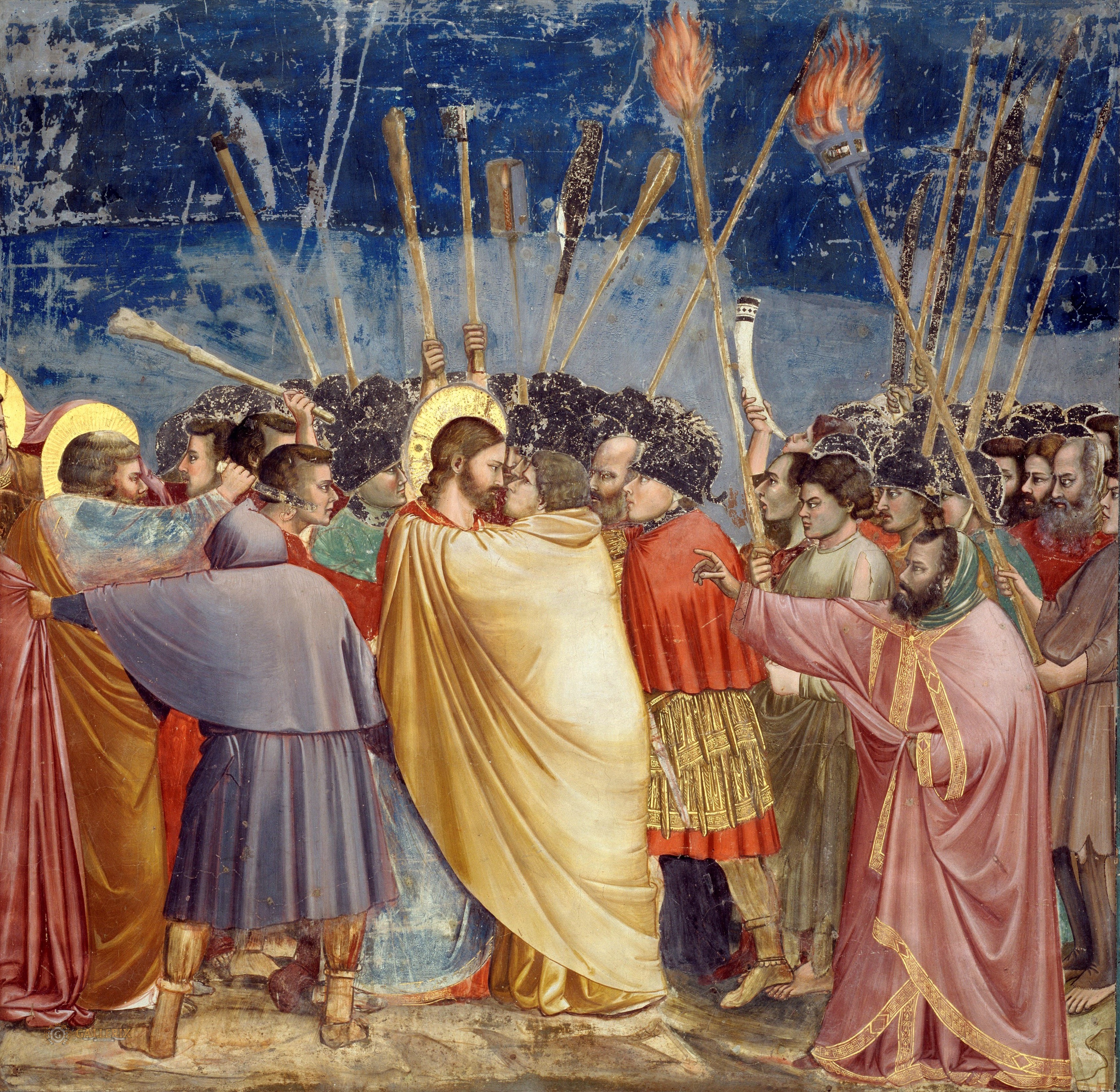 How baffling you are, oh Church,
and yet how I love you!
How you have made me suffer,
and yet how much I owe you!
I would like to see you destroyed,
and yet I need your presence.

You have given me so much scandal
and yet you have made me
understand what sanctity is.
I have seen nothing in the world
more devoted to obscurity,
more compromised, more false,
and yet I have touched nothing more pure,
more generous, more beautiful.

No, I cannot free myself from you,
because I am you, though not completely.
And besides, where would I go?
Would I establish another?
I would not be able to establish it
without the same faults,
for they are the same faults I carry in me.

And if I did establish another,
it would be my Church,
not the Church of Christ.
I am old enough to know
that I am no better than anyone else.

A tumor. Ebbene, very well, let God’s will be done. But don’t worry about me because my bags are packed. I’m ready to go. — Pope St. John XXIII upon being told that he had inoperable cancer, Nov 1962

Possessions, reputation, expectations, honor, power, pleasure, influence, control, success, failure, accolades, relationships, the past and future, life itself — everything — in the end must be released, surrendered, let go of, offered up, entrusted and given back to the Alpha and the Omega, the First and the Last, the Beginning and the End.

By turning all we are and have toward our neighbor’s welfare, for the sake of a God whose glory is man fully alive (Mt. 25:34-40).

By pardoning the offender.

By feeding the hungry.

By blessing the cursing.

By lifting up the weak.

By striving for justice.

By accepting our frailty and brokenness, for the sake of a God whose power abides in weakness (2 Cor. 12:9).

By seeking pardon from those we have failed.

By confessing our places of powerlessness.

By letting ourselves be carried when we are paralyzed.

By consenting to silence.

By saying in every breath, “Thy will be done.”

By grieving in hope, for the sake of a God who hears our every cry and stores our every tear in His flask (Ps. 56:8).

By weeping with those who weep.

By mourning failure and loss.

By praying from the depths of anger and pain.

By burying the dead in hope.

By letting go of what could have been.

I once led a three-day retreat, and on the second afternoon of the weekend I was utterly exhausted, totally spent. Giving retreats is like bloodletting for me. Anyway, I wanted to sneak out that afternoon and go away to hide in a solitary place where no one could find me.

That evening, I was supposed to give another talk. But I had nothing to give, and the well-crafted outline of words in my binder seemed entirely meaningless. As the session began, I sat in a chair looking at the people and said to God internally, “This is yours to give, now. I’m done. This is your retreat, take it.”

And I actually meant it.

So I said to the people, “We are going to invite Jesus now to come and offer, not a talk, but whatever it is He wants to give.” And I began to pray the Cardinal Mercier prayer to the Holy Spirit, which is all I could think of at the moment. Then silence.

Rarely have I ever felt a space so thick with divinity as that room was in those silent moments that followed. After about 15 minutes, I said, “Amen.” And everyone left the room in total silence. The next morning, one man said, “What was that?”

I wrote in my journal later, “What was that? Well, for me I know what it was. It was that I didn’t run, which would have made it all about me seizing control. No, I finally opened my hands up and gave my poverty to Him. And just as Mary discovered, God finds poverty absolutely irresistible.” Fr. Walter Ciszek, S.J. was a Polish-American Jesuit priest who spent fifteen years in confinement and hard labor in a Soviet Gulag, plus five preceding them in Moscow’s infamous Lubyanka prison.

Through the long years of isolation and suffering, God had led me to an understanding of life and his love that only those who have experienced it can fathom.

He had stripped away from me many of the external consolations, physical and religious, that men rely on and had left me with a core of seemingly simple truths to guide me. And yet what a profound difference they had made in my life, what strength they gave me, what courage to go on.

I was freed thereby from anxiety and worry, from every tension, and could float serenely upon the tide of God’s sustaining providence in perfect peace of soul. ― Fr. Walter J. Ciszek

Do you wish to know the will of God? Look around you right now, and there He is, awaiting. — St. Teresa of Calcutta

Caryll Houselander was a British author in the early-mid 20th century, who had become Catholic at the age of 9. This chain smoking woman had several mystical experiences, the most impactful of which was one she said she had on an underground train in London.

All sorts of people jostled together, sitting and strap-hanging—workers of every description going home at the end of the day. Quite suddenly I saw with my mind, but as vividly as a wonderful picture, Christ in them all. But I saw more than that; not only was Christ in every one of them, living in them, dying in them, rejoicing in them, sorrowing in them—but because He was in them, and because they were here, the whole world was here too . . . all those people who had lived in the past, and all those yet to come.

I came out into the street and walked for a long time in the crowds. It was the same here, on every side, in every passer-by, everywhere—Christ.

She captures a profound Christian truth — by becoming human, entering death and bodily resurrecting to eternity, God wholly identifies Himself with every human person who has or ever will live, and has united the human race in Himself as one. Because of the Incarnation, in each individual man or woman is present the whole of God and the whole of humanity. What you do to any one, or to yourself, is done at once to God and to the whole human race.

A person who has become capable of seeing this truth of faith can pray anywhere, can discover Christ everywhere, whether in distressing or glorious guise. Everything becomes transparent with God, who is above all Present in those whom love, duty, proximity have bound us to most closely in life, i.e. family. Hence, Pope Francis says:

Those who have deep spiritual aspirations should not feel that the family detracts from their growth in the life of the Spirit, but rather see it as a path which the Lord is using to lead them to the heights of mystical union.

To discover this Christ mystically present in the holy Eucharist is at once to be able to uncover Him truly present in all the faces around us. The Eucharist is not a solitary, but a social Sacrament. As a Christian, I can never seek union with “God alone,” but only with God-and, precisely because in Christ, God forever became God-and.

Every day, everywhere I go, the -and is there waiting. All is now His -and. God-with-us is never absent, hidden by my blindness though He may be.

To end, I will share again a story given to me by a woman I met on a retreat.

When my children were young I used to long for the days before I had children, when I was heavily involved in charismatic renewal, with lots of time for me-prayer, supportive community and feel-like-a-hero service outreach activities. These gave me energy, life and a sense of purpose. After my second child was born, I felt deep down — though I would never have admitted it — that having children was somehow leading me away from God, as they seemed to present a distraction from what I spiritually enjoyed and thrived on. I also knew intellectually that this couldn’t be. But there I was!

I fought it constantly by trying to edge in as many church-related activities as I could, sometimes overburdening my husband with my absences or overspending money on babysitters.

Then one night when I was awakened by a hungry baby, I sat in my rocking chair nursing and I cried. I prayed, “How do I find you like I used to, God? I need more than this.” Then I suddenly heard God whisper deep into the depths of my broken heart, “Thank you for feeding me.”

It was like a spiritual explosion in my heart, a revolution, a whole upturning of my distorted worldview. God was there, appearing in the dark of night, in my house, in my nursing child, in my domestic vocation, in the present moment. And my longing for intimacy with Jesus suddenly seemed wrapped in dirty diapers and dishes and rare dates out with my husband.

After that night, I saw that church life and my me-prayer — still very important to me! — were to be servants of my life outside of church. That my home was my first church. Now I always say, and my charismatic friends laugh, that saying prayers before meals or bedtime with my children has become my new mysticism, and shopping for groceries at Walmart, my new mission trip.